Think about it in a partial Assassin's Creed scenario. Let's say an enemy had information on the whereabouts of Abobo. One scenario could be where they stay hidden and follow the enemy to a check point. From there once they receive the information they could attack them and get more. This obviously works only in a full scale 3D game obviously, but just an idea. I thought about other things too like how to redo the first story in both an arcade and Nintendo version.
Top

May you live hapilly forever...
Top

Oh no not at all. They are more completed stealth. This should be something that happens once and a while.
Top

Billy and Jimmy of ROTD will be the main character of the project, Dragon Duo, plus those are kinda related to the two: Lynn (Billy's girlfriend), Sonia (Jimmy's partner), and Pepe (since he's a green dragon, why not have him?). However, the three characters were suggested by a good friend of mine named NeneBuano. In the beginning before he suggested the three, I had only Billy and Jimmy as playables 'cause I think I was inspired by his roster of characters in his Final Fight project that looks like SFA style. So this made me wanna have like 8-10 playable characters for my own project. He was the one who helped me long ago.

Since Blade is a Marvel character, who appeared in some Double Dragon comic, Tetsuo has made an appearance to the project due to his appearances in the Gekido series and the artwork of the first Gekido contributed by Marvel comic book artist Joe Madureira.

Some Rage of the Dragons characters, baby! But I will add similar characters and original characters. For example, Dulton will be spelled as "Dalton," plus his outfit will not look like Kenshiro of Fist of the North Star. His outfit will be based on Double Dragon's Billy and Jimmy, and Terry Bogard of Fatal Fury. First, Billy and Jimmy wear non-sleeved jackets and pants with boots in the game, but in the TV show, they wear the Kenshiro type outfit. In Double Dragon in the Neo Geo version, Dulton wears a Kenshiro type outfit generally like Kenshiro and somewhat like the Double Dragon from the TV show. In Dragon Duo, his outfit is going to be reversed to a Billy/Jimmy/Terry type of non-sleeved jacket, except the cap which is meant to be Dulton to be named Dalton. He is named right after Dulton of the Neo Geo version of Double Dragon. Saki Fujimoto is a Japanese-Brazilian wrestler who seems to be known for skillful actions and defeating an undefeated champion who went defeated by her. She learned wrestling and judo from her father as a child. Sorry. Full story later 'cause I'm not done with her story yet. 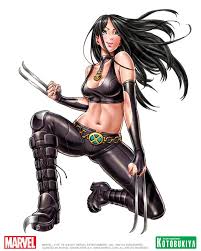 Villainous characters:
Since Abubo is based on Abobo of ROTD, Burnov is an undisputed champion in wrestling and he's never defeated.

Burnov is a Russian wrestler who seeks fame and fortune. He believes that being undefeated keeps his fame and reputation on top. Plus he thinks popularity is more important than anything else.

When I was a kid, I was reading one comic book and saw Jumbo Jack in the ad of that Saturday Night Slam. He's based on this guy here. 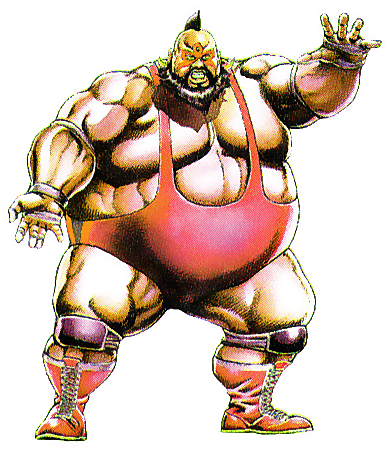 Jeff is a mysterious street fighter and a rival of Jimmy. He is a French-American kickboxer who is trained to be a great fighter. It is revealed that Jeff was the one who gave Jimmy a scar before the start of Rage of the Dragons. He has never been seen in many years and no one knows the truth about him. He travels mostly between France and South Korea.

Johnny Boy is a mob leader in San Francisco, California. Also, he is a threat as a mafia leader who wants money and kills people for money. He is claimed to be responsible for killing Jimmy's girlfriend, Mariah. Johnny Boy claims that when he saw Mariah, he thought it was Jimmy so he had his boys to kill her, not knowing it's the real Jimmy. Later, the rest of the boys got knocked out, but only one person escapes and calls Johnny Boy on cell phone saying it wasn't the Jimmy they killed. So the last one already dies.

I have to admit. The Johnny Boy guy I had an idea to create on was based on these goons from Duck Tales for only the cap (maybe a beret-like cap I think), but for his outfit, I forgot which character I based on. Maybe Neo from the Matrix I think. Can't remember well enough.

Ruben, known as Raven, is a mad German manslaughter who is someone that is ruthless to kill people. Plus, he has an army of European mafia who are elite to fight against those who oppose him. He's based on Koji from Gekido Advance.

Duke is a fighter who really seeks to become a hero like Bruce since when he was a kid. He skips education school and goes for the martial arts school. He quits educational school and focuses on martial arts. He is more interested in martial arts than school. His parents do not like the idea he has, but they have no choice. His dad talks to Bruce about his son wanting to go for martial arts, but Duke knows nothing that his dad and Bruce are friends. He never sees his dad chatting with Bruce. Duke will be based on Kyo Kusanagi but a funny base would be Peter Petrelli of Heroes. But the color of his outfit would be in orange. 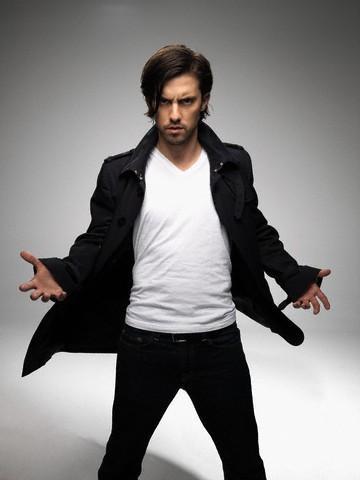 The last boss is modeled after Giovanni of Pokemon and M. Bison of the Street Fighter series or Capcom VS SNK series. Reason: Unknown. The story about the last boss is not finished, but here's the look of him. Also, his outfit will be traditional Chinese I think.

Koichi is the leader of the Japanese mafia in Japan. Story unknown. He's based on the Japanese man from probably Fist of Fury with kimono and hakama. 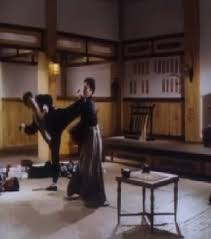 Number of players:
From 2-4 players. Not sure how many players I could pick.

Feel of the game:
I think the feeling of the game would have different styles from Beat em ups and fighting games. In cutscenes, I think I would make it a comedy so people can laugh in the story and some fighting action in it. It will be like you're watching a movie.

Gameplay format:
2D. I refer the colors of the graphics to be Capcom VS SNK style since I like the game.

Controls:
I am not so certain on what controls to use, probably they might be somewhat Rage of the Dragons style with combos, but the controls will need to be easy to control. Playing the Rage of the Dragons game is so complicated with doing super moves and sometimes it's confusing. Wanna do something simple. I think I would like to make it in Urban Reign style, like, doing the tag system. I might provide, like, punch-kick buttons.

Cinematic scenes:
A Manga styled storyboard for the project, but not so sure. I would love to have the art drawn but I don't have a skill for that. Since I love Anime and Manga, I like the scenes be drawn in Japanese style. Anime style would probably be like Ace Attorney games for dialogues especially Miles Edgeworth: Ace Attorney Investigations (a spin-off of the AA series).

Story:
The ending of Billy and Jimmy in Rage of the Dragons left off Billy and Jimmy through their own separate ways. Also, in Billy and Lynn's ending, Billy says he has to go find his brother Jimmy. He is on his own mission to find his brother, while Lynn is teaching. After Jimmy and Sonia's ending, Jimmy is all alone, but Sonia is somewhere around in the city. Billy is a Nascar racer but he hasn't forgotten about his own fighting skills. Jimmy remains to be a street fighter for money since. He will find somebody who gave him a scar on his face.

Four years later, in 2006, Billy and Jimmy have reunited themselves and together they are back. Jimmy apologizes to Billy in the past he had, and Billy always knows that he always loved his girlfriend much. He is not selfish as he used to be. Still, he wins money and fame for his living. (Story not done I think but will have some more soon)

Bonus features:
-Proper fighting game style (not sure, but if you played Tekken 3, you will know that there are separate modes like Beat 'em up and Fighting)
-Double Dragon Game Mode (Billy and Jimmy Lee)
-Gallery Mode
-Story mode (for each main character referring Billy, Jimmy, Lynn, Sonia, and Pepe)
-Unlockable characters (players, enemies, sub-bosses, and bosses, will be available to play)
Might add some more for bonus
-Maybe some "deleted" scenes where they don't show in the main story. It's going to be funny I think.
Last edited by maxman on Sun Aug 04, 2013 3:02 pm, edited 4 times in total.
Top

I love all of your ideas. I also plan to draw some manga-style storyboards when I create my game. I actually know how to draw (Somewhat) and I also have manga edition 5. I just need to get an electronic art pad and stylist. I could draw on paper and scan it, but I would need to find someone to add color. Maybe I can help you. Please be patient though because like a lot of people my life can get busy.
Top

Thanks for the comments, guys. Also, I'm sorry for not completing my story and some stuff about them. I was discussing shortly about some characters. Biographies not full. That's not all the characters there is, but there are some more I guess. I'm kinda embarrassed of not putting full biographies on characters.

I just remember now! Now that I took a look at the guns that Neo's holding from his pocket in the picture I posted, I remember that I was basing Revolver Ocelot from Metal Gear Solid for shooting and he might shoot probably like him I guess. That was before I started to make Johnny Boy.
Top

Well take your time with your ideas. You can slowly push them out to us.
Top

Oh man this is a great thread

I hope we will see your ideas soon.

Users browsing this forum: No registered users and 2 guests